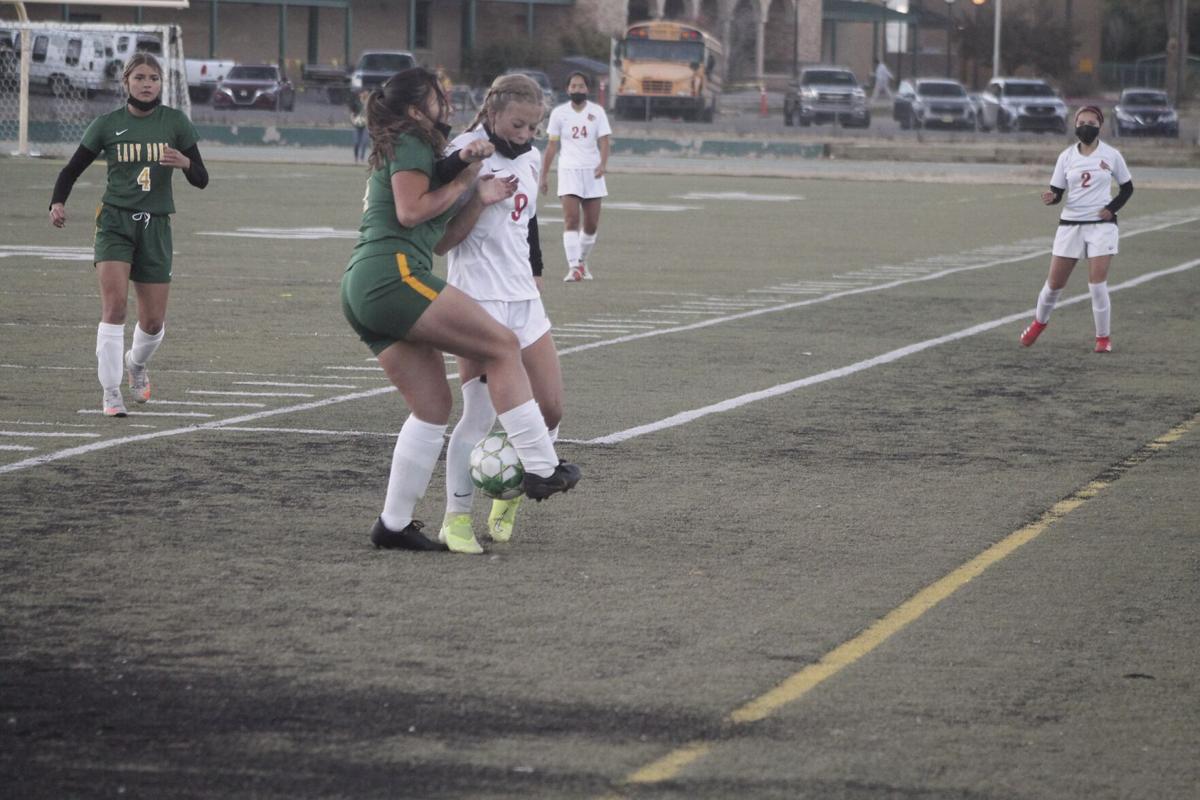 Molly Flure (9) battles for the ball with a West Las Vegas defender in the first half of the Lady Cardinals 4-0 victory over their city rivals. 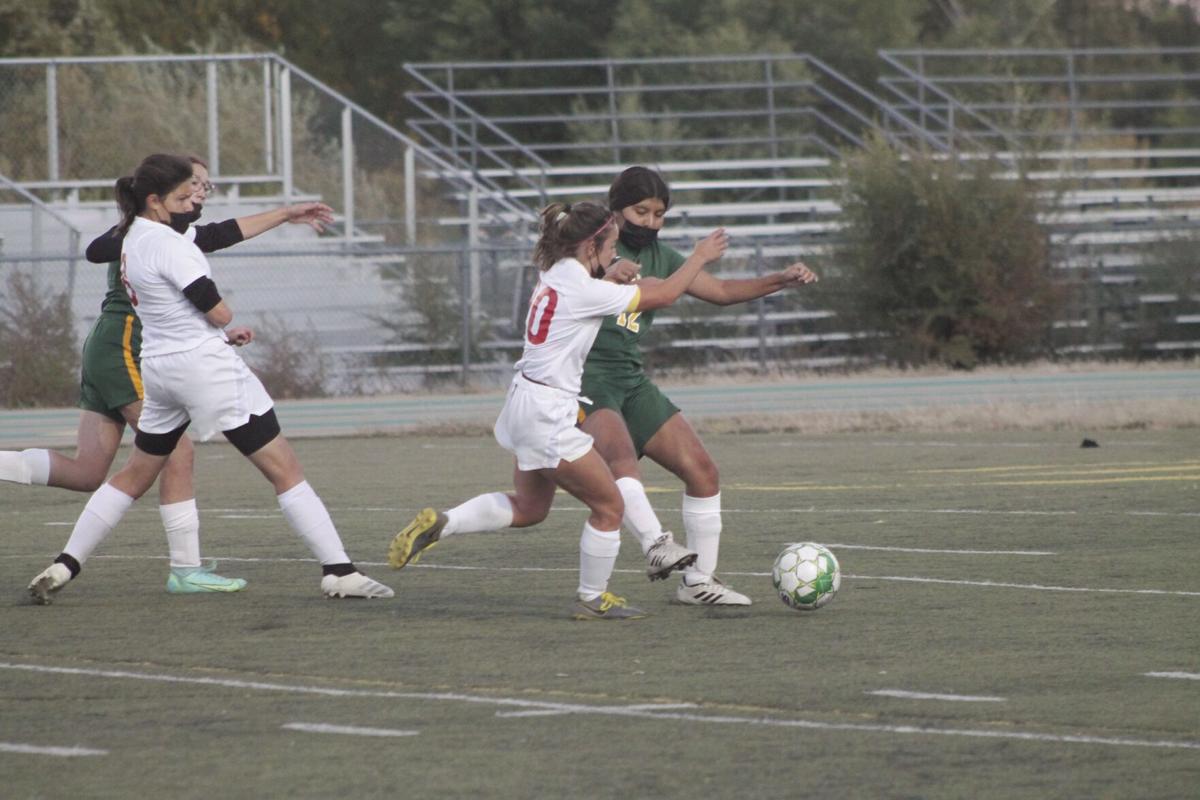 Amor Montoya (20) attempts to dribble past the West Las Vegas defender, Montoya scored 2 goals against West, the first being from over 30 yards out.

“Every East-West game is always intense,” Robertson junior midfielder Amor Montoya said. “Whether West is really good, or we’re really bad, no matter what it’s always a close game and it’s more intense because of the rivalry… It’s way different with more fans, you have more people watching because it is the hometown rivalry.”

The Robertson soccer program is established, they have been a playoff caliber program for several years now, and this season they are currently No. 4 in 3A with their only losses of the season coming against teams of a higher classification or the very top of 3A. For West this is their first real varsity season. They are a program that is still building, still finding their footing. Nobody would not have known that just by watching the first half of Wednesday night’s game between the teams, though. The teams looked evenly matched, neither side able to create many opportunities, and a lone goal by junior midfielder Molly Flure was all that separated the two teams.

“We started off hesitant, making a few mistakes,” RHS head coach Jeff Houdek said. “They picked it up, though. It’s critical thinking, and we had girls learn from their mistakes and get better and better as the game went on.”

There is nothing normal about an East-West contest in any sport. Everybody’s chips are pushed to the middle of the table, and there are plenty of instances over the years of a perceived “bad” team beating a perceived “good” team. As everyone says in this town, “you never know what will happen.”

Wednesday night’s game was no different, but there may have been a first in this rivalry. With under 30 seconds left in the first half, the stadium lights went out and power went out for some in the area briefly. Normally this would not be a problem, as the teams have played almost all their games in the afternoon so far this season. This contest under the lights, however, got delayed for a while as West Las Vegas had to get the lights turned back on.

Luckily the lights went out so close to halftime that the delay acted as a halftime for the two teams, but it just goes to show that nobody knows what may happen when East meets West. Once the lights turned back on and the second half began, Robertson had a little spring in their step. They looked more energetic and aggressive once the whistle blew after halftime. That energy would only increase, when less than 10 minutes into the half, Montoya found the net from way outside the box. She corralled the ball and fired an absolute screamer into the back of the net from over 30 yards out, one that the WLV goalie had no chance of stopping.

For Montoya, the day was special. She tapped in a second goal later in the half, but what made it so much better was that Wednesday was her 17th birthday. Two goals and a victory over your in-town rival on their homefield is quite the way to celebrate. To cap things off for the Lady Cardinals, junior striker Amber Doss put one in the back of the net in the game’s final minutes to make the score 4-0 for Robertson’s ‘Beastie Girls’ and complete the season sweep for their arch-rivals.

“I love how we got better as the game went on,” Houdek said. “We were strong at the end, we were way stronger at the end than we were at the beginning.”

The Lady Cardinals have one game remaining on the regular season schedule, and that is defending state champion St. Michael’s at 3 p.m. Friday. St. Michael’s is the only team to defeat the Lady Cardinals in district play this season, and a win over the Lady Horsemen would lead to a split of the district championship. Regardless of what happens Friday afternoon, the Lady Cardinals will be waiting anxiously Sunday night as they await their seeding in the playoffs, which begin next week.