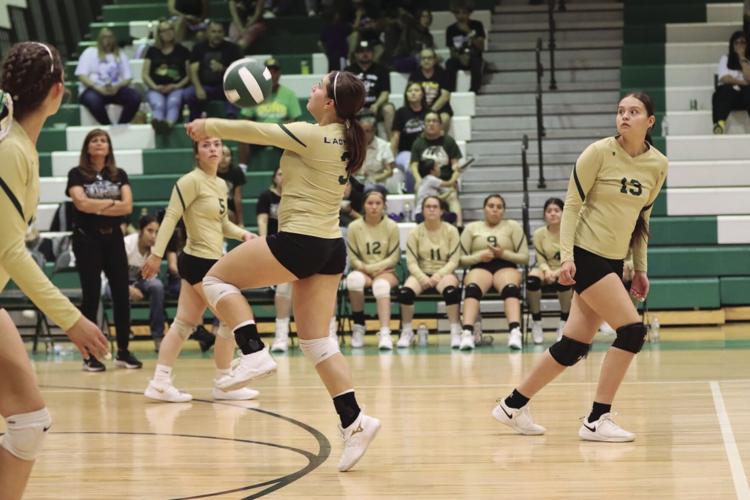 The Lady Dons’ final five games will likely determine their postseason fate. WLV is in search of their first postseason appearance since 2016. 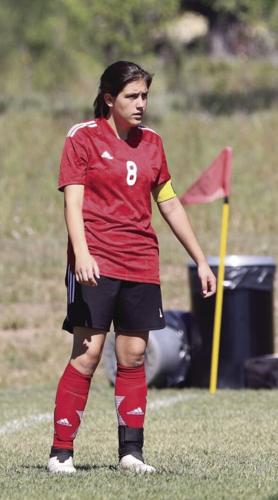 Amber Doss tallied the 100th goal of her career Oct. 17 against St. Michael’s.

Here is a look around at all that is going on in Las Vegas right now.

•Robertson’s senior striker Amber Doss tallied her 100th career goal on Monday Oct. 17 against St. Michael’s. Doss is the head of a senior dominant Cardinal team that will wrap up their regular season this Saturday against Santa Fe Indian school, and will be awaiting their postseason fate this weekend. As it currently stands Doss and the Cardinals are second in the Maxpreps A/AAA rankings, but will likely finish the season third place in district, making them one of the most interesting teams in regards to seeding for the state playoffs.

•The Lady Dons girls soccer team enters the final game of the season likely needing a win to potentially secure a postseason berth. Wins over 4A Taos and Pojoaque Valley only help their postseason case, but a loss to fellow AAA playoff contender East Mountain on Oct. 15 could prove costly. Their final game of the season at home against Santa Fe Prep, who have clinched the district title, gives the Lady Dons one more opportunity to state their case for the postseason.

•NMHU’s Soleil Gandara etched her name into the history books Oct. 14 against Colorado Christian when she picked up career assist number 2,000. Gandara has been the heart of the Cowgirls team since head coach Tom Duke arrived at the conclusion of the 2019 season. Gandara is fifth in the RMAC in assists this season with 647 and is averaging nearly 9 assists per set. Gandara and the Cowgirls kick off their final homestand of the season on Friday Oct. 21 against South Dakota Mines.

•Robertson volleyball enters the final two weeks of the season with a district championship still in their sights. After their seven game win streak was ended Oct. 14 by St. Michael’s, the Cardinals now look to hit the reset button in their second round of district play. Outside of their loss to the Lady Horsemen Robertson has not dropped a set in district 2-AAA play, and will get their chance to avenge their lone district loss Oct. 27 in Santa Fe in a game that will almost certainly become a de facto district title game. Regardless of the result on Oct. 27, it does feel like the Cardinals and Lady Horsemen are on a collision course to meet in the state championship game for the third season in a row.

•The West Las Vegas Lady Dons volleyball team has a chance to make the postseason for the first time since 2016. Three wins in their final five games would likely do the trick, as they currently sit at 15th in the MaxPreps rankings, but do have opportunities against Raton and Santa Fe Indian School, teams they lost to in five sets during the first round of district play. A win against the Braves would be particularly big because they currently sit No. 4 in the MaxPreps rankings. A win over Raton on Oct. 25 would be big as well, as they are another team who would likely be in the postseason if the season ended today. If the Lady Dons could get to 4-6 in district play, it would likely be just enough to make the postseason.