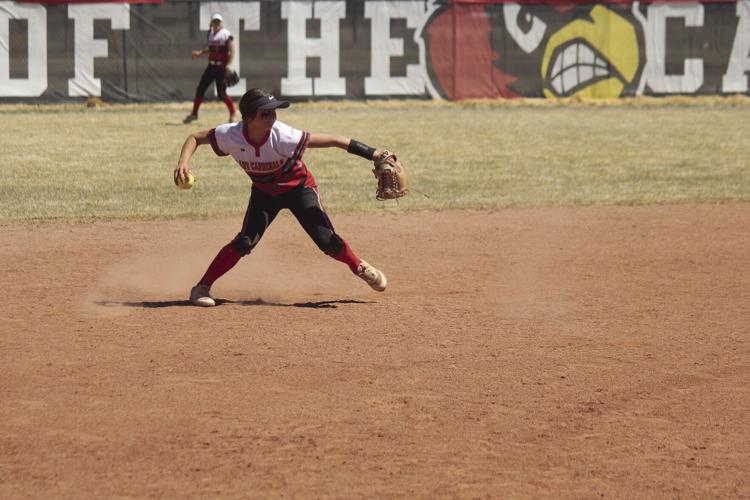 Alexis Pacheco is the definition of a multisport athlete, playing four different sports in 2022 and receiving all-state honors in three of them. 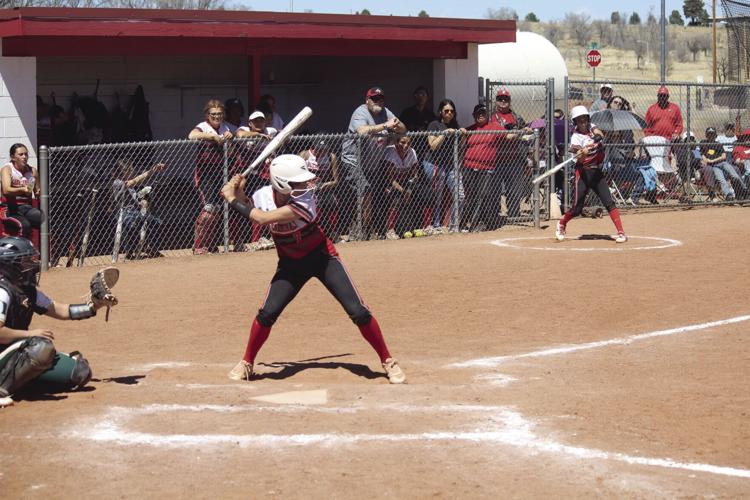 Pacheco hit over .500 for the state champion Cardinals softball team in 2022.

Alexis Pacheco is the definition of a multisport athlete, playing four different sports in 2022 and receiving all-state honors in three of them.

Pacheco hit over .500 for the state champion Cardinals softball team in 2022.

Did any athlete do more in the calendar year of 2022 than Alexis Pacheco? Pacheco’s resume is long and filled with achievements that would have been the high point of many high school athletes’ years. Pacheco kicked off 2022 by helping lead the Robertson basketball team to the state championship, and she may have had the single biggest play in that game, hitting a three pointer with 6:00 left to tie the game and stop a 17-0 SFIS run and swing momentum for the Cardinals in the penultimate game.

After lifting the blue trophy on the basketball court Pacheco shifted her focus to softball, which is her best sport. Pacheco plays the role of igniter for the Cardinal softball team, hitting in the leadoff spot and getting on base so that the hitters behind her can bring her home. Pacheco more than played her part at the plate, hitting .509 this season, leading the team in hits with 54, 26 of which went for extra bases including five home runs and scoring 46 runs. As great as Pacheco was last season with the bat, her efforts defensively at shortstop is what so often caught the eye of those watching the Cardinals this season. Her range defensively along with her cannon for an arm turned hits into outs and kept runs from crossing the plate.

After playing a part in two state title winning efforts in the first five months of 2022 Pacheco decided to up the ante in the Fall, starting on both the Robertson volleyball and girls soccer team. The Cardinals were replacing three starters in 2022 on the volleyball court and Pacheco slid into a starting role as a defensive specialist for the Cardinals and even made cameo appearances as an outside hitter in the front row. When she was not on the volleyball court this Fall Pacheco could be found on the soccer field, terrorizing opponents with her speed, strength and aggression on the pitch. Pacheco had not played much soccer in recent years, but her overall athleticism proved to be an asset on the field for the Cardinals this season, chasing down opponents speedy attackers and even finding the back of the net seven times. The Fall ended without a blue trophy for Pacheco, falling in the state championship game with the volleyball team and in the semifinals with the soccer team, but Pacheco proved to be a valuable contributor in both arenas.

Pacheco was not only the best female athlete in the region for the calendar year of 2022, but she put together one of the most unique resumes of any athlete in recent history. Pacheco was a first team all-state softball player, and a second team all-state volleyball and basketball player. It’s not just that Pacheco competed in a variety of sports, but it was her effectiveness. It’s one thing to be a multisport athlete, but it’s a whole different thing to be one of the state’s best in three different arenas. Pacheco did that this year, and as only a sophomore we have not seen the last of Pacheco.

We’re lucky to have a laundry list of outstanding female athletes in this town, meaning that there was a laundry list of potential suitors for this distinction. Athletes like Leigha Lucero, Maddie Griego and Jayden Jenkins were dominant in their individual sports, while others like Azlyn Padilla and Taylor Quintana shined in multiple sports similar to Pacheco. Pacheco was all-state in three different sports while contributing to a very good team in a fourth, she was perhaps the best shortstop in softball while being one of girls basketball’s top point guards and volleyball’s best defensive specialist. Her laundry list of accomplishments is impressive and the eye test backs up her resume. For all of her efforts, Alexis Pacheco is the Optic’s 2022 Female Athlete of the year.