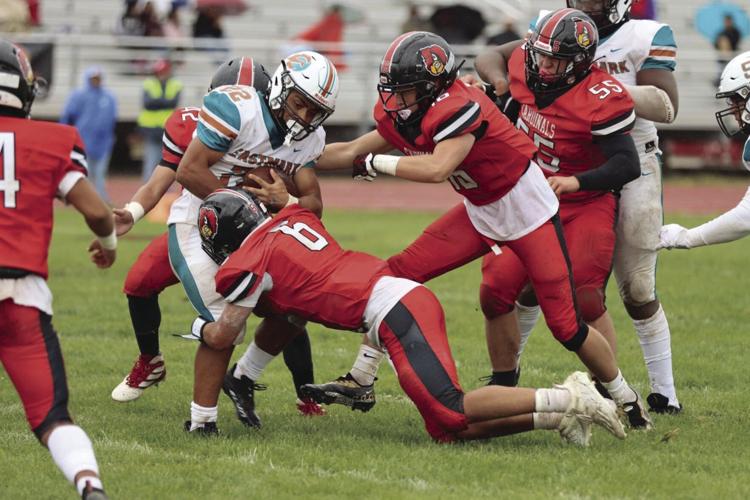 Ace Gonzalez (6) makes one of his 102 tackles this season for the Cardinal defense, helping him earn first team all-state honors as a linebacker. 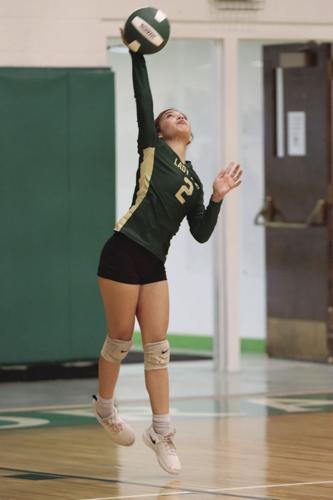 Madi Marquez was seen as one of the best libero’s in AAA this season, making second team all-state. 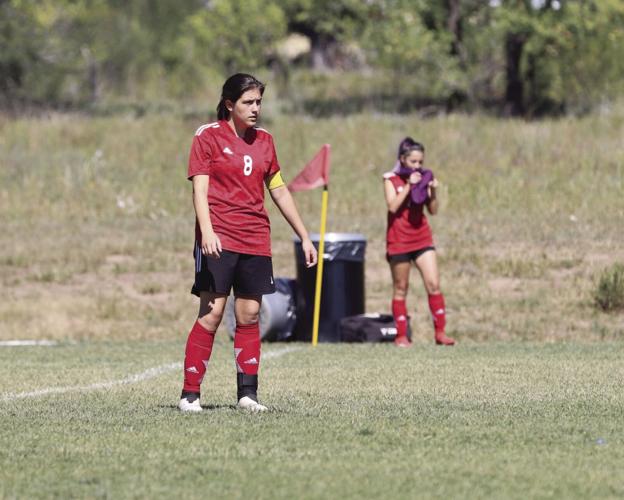 Amber Doss (8) was one of the very best goal scorers in AAA this season and was a big reason why the Cardinals reached the semifinals.

Ace Gonzalez (6) makes one of his 102 tackles this season for the Cardinal defense, helping him earn first team all-state honors as a linebacker.

Madi Marquez was seen as one of the best libero’s in AAA this season, making second team all-state.

Amber Doss (8) was one of the very best goal scorers in AAA this season and was a big reason why the Cardinals reached the semifinals.

The New Mexico all-state honorees from the 2022 Fall season have been announced and 19 local athletes were honored by the New Mexico High School Coaches Association (NMHSCA) with the all-state distinction. Across football, volleyball and girls soccer Las Vegas was littered with all state athletes as several Las Vegas teams experienced postseason success this Fall.

On the football gridiron 10 Las Vegas athletes earned all state distinction over the course of the season, five from West Las Vegas and five from Robertson after both teams saw their season end in the quarter finals. West Las Vegas’ offense shined in their wins this season, and three members of that offense were recognized by the NMHSCA. The Dons’s top two wide receivers were two of the top wide receivers in the state this season statistically and earned all state honors. Jaydin Vigil and Ethan Montano comprised one of the best duos in AAA this season as Vigil was named second team all-state and Montano earned honorable mention. WLV left tackle Francisco Villa-Lopez also earned an honorable mention nod for his work on the offensive line. The Dons also had two players from their defense get named on the honorable mention list with defensive lineman Jonathon Gonzales and safety Enrique Gonzales.

The Cardinals also saw five of their players get named to the all-state teams after winning a district title this season. This season the strength of the Cardinal team were their players up front across the line of scrimmage. Three of their starting offensive and defensive lineman were recognized. Bodie Schlinger was named first team all-state for his work on the defensive line and Santana Martinez was also named to the first team for his work on the offensive line. On the second team D’Mario Gallegos was recognized for his work at the center position this season. Ace Gonzalez, who was the district’s defensive player of the year was also named to the first team after accumulating over 100 tackles this season and cornerback Kenneth Montoya was recognized for his work in the secondary, earning second team honors.

On the volleyball court there were six Las Vegas athletes who earned all-state recognition. After reaching the state championship game in 2022 the Cardinals saw five of their players named to all-state rosters. Outside hitter Jaylee Gonzales was widely regarded as one of the very best players in the state and earned first team honors. She was joined on the first team by her fellow attacker in the middle Alyxa King-Greenwalt who was named as a first team middle blocker. A pair of Robertson’s defensive specialists Azlyn Padilla and Alexis Pacheco were named to the second team along with middle blocker Cadey Estrada. West Las Vegas had defensive specialist Madi Marquez earn second team honors. Marquez was one of three players who earned all state recognition without having their team make the playoffs, as she has been viewed as a top player by the state’s coaches.

On the soccer field Robertson had three girls earn first team all-state players after making the semifinals this season. Amber Doss, Molly Flure and Aubrey Weinstein have been pillars of the Robertson program for several years and as seniors in 2022 each player was named all-state first team. Doss was among the state’s leaders in goals scored, Flure was one of the top playmakers in New Mexico this season racking up assists and Weinstein was Robertson’s anchor in defense this season.