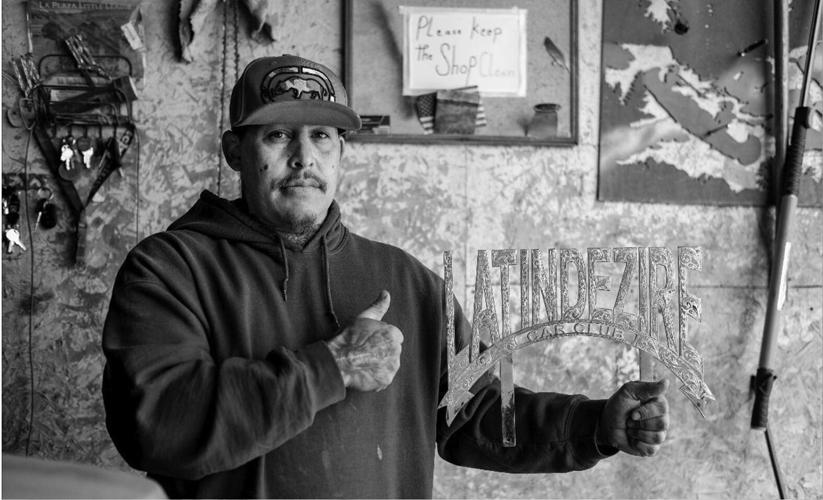 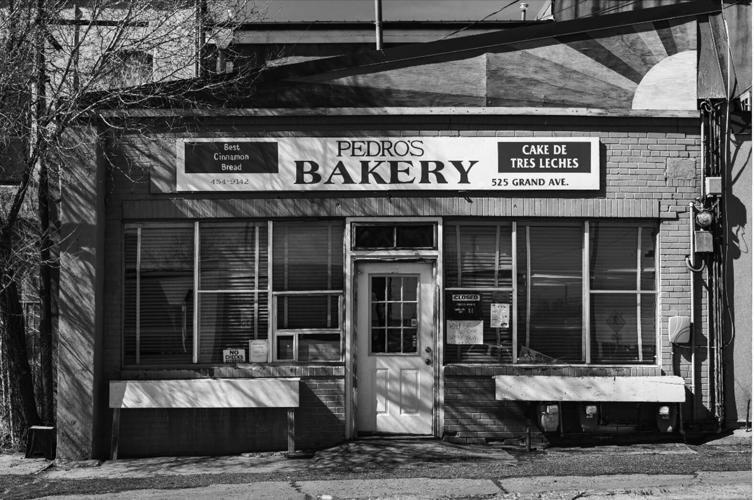 Beginning April 8, 2022, a photography exhibition featuring black-and-white photographs of contemporary Las Vegas will be on view at the Highlands University Kennedy Hall Gallery. The exhibition, titled “The Las Vegas Project: Contemporary Life on the Historic Santa Fe Trail in New Mexico,” will open with a reception from 6 to 8 p.m. on Friday, April 8.
The exhibition will feature 52 photographs by nine expert photographers from Florida who are a part of the Crealdé School of Art. Some of the photographers will be hosting a community conversation at the Kennedy Gallery on April 9 at 2 p.m.
Crealdé School of Art photography instructor and executive director, Peter Schreyer, said he has had a love affair with New Mexico for over 40 years. He said he frequently travels to New Mexico from his home in Winter Park, Florida, as a teacher, photographer, tour guide, and for family vacations. During a trip to New Mexico in the 1990s, Schreyer stumbled upon Las Vegas.
“I was in Santa Fe at a conference, and I wanted to see something different. I'm a railroad fan, so I thought I'll just follow the railroad line,” he said. “I followed the railroad tracks to Las Vegas, and over the next 25 years I would periodically stop in Las Vegas.”
Schreyer is a documentary photographer and said that over the years he has done extensive documentary projects on changing communities. He said he was drawn to Las Vegas in part by how slowly things changed compared with many communities in Florida.
“I have a photograph from 30 years ago that is a view from the Castañeda Hotel on Railroad Avenue, looking at one of the auto repair and body shops across the street. You just see the arches of the Castañeda; you can’t tell the hotel is closed at that time,” said Schreyer. “What I love so much in photography is how some things change so much and others don't change at all--like the shadows of the tree that's cast on Railroad Avenue is no different now than it was 30 years ago. And they're still repairing old vintage cars across the street, and I think it's still the same family owner if I'm not mistaken.”
Schreyer is Swiss-American, and he likens the slow change in Las Vegas to where he is from in Switzerland.
“What fascinated me so much for years about Las Vegas is how intact it is culturally and historically,” said Schreyer. “As an artist, it’s fascinating to go somewhere where so much has survived. There’s still so much of that history that is still there and so many of the families that were there early on that are still here.”
As an immigrant, Schreyer said the history of New Mexico has been compelling to learn about and its one he hopes others will learn about from the “Las Vegas Project” exhibition.
“A lot of Americans don't realize that the entire Southwest belonged to Spain and then Mexico,” said Schreyer. “It’s really fascinating how much that heritage has survived and that independent spirit. Isolation seemed to have really been the common theme in New Mexico history—being isolated from Spain, isolated from Mexico, and isolated from the U.S.—but people were thriving regardless of that, and that spirit is still so strong.”
Schreyer said that while he had never spent more than a couple of days in Las Vegas over the years, he knew he wanted to stay longer and do a bigger project. And although the “Las Vegas Project” coincided with pandemic restrictions, Schreyer and his students were able to spend eight days of the 16-week course in Las Vegas.
The eight photographers whose work is featured in the Las Vegas Project had to apply to be admitted to the program, and each photographer came to the Crealdé School of Art with the intention of creating professional photographs.
“I refer to them as the dream team, because they were just such a great mix of men and women. They are digital photographers and film-based photographers,” said Schreyer. “This project photographically combines old and new technologies. “The cameras that were used are from state-of-the-art digital all the way to 1950s vintage cameras, and all the prints are all made by hand.”
Schreyer said he worked with the eight photographers to develop a master plan for how they would collectively tell the story of the community of Las Vegas. Each photographer had the opportunity to work on similar shots and to work in a specific niche on their own.
“There are oral histories with every photograph, so every photograph has either a history of the place, or it has quotes from the person who was interviewed,” said Schreyer.
Of the 52 photographs in the exhibition, 10 are Schreyer’s and the remaining 42 belong to the eight participants. Schreyer said he looks forward to the community conversation scheduled for April 9 at 2 p.m., because he welcomes feedback from people who live in Las Vegas.
“No documentary is ever complete; it’s never completely inclusive,” said Schreyer. “There’s always more that can be added to it. I think people are going to connect with a lot of things, and there are probably things that they would suggest we should have included, but we simply did not.”
“The Las Vegas Project” exhibition is scheduled to run through May 31. Schreyer also hopes to find a permanent home for the collection so that it can remain in New Mexico for people around the state to enjoy.
“It is our ultimate goal to donate the exhibition to a publicly accessible collection in New Mexico, to make it available for future generations and as a historical record for the 200th anniversary year of the Santa Fe Trail,” said Schreyer. “Nobody needs to do another book or exhibit on Taos or Santa Fe; there’s so much already. People in other parts of New Mexico can learn about Las Vegas.”